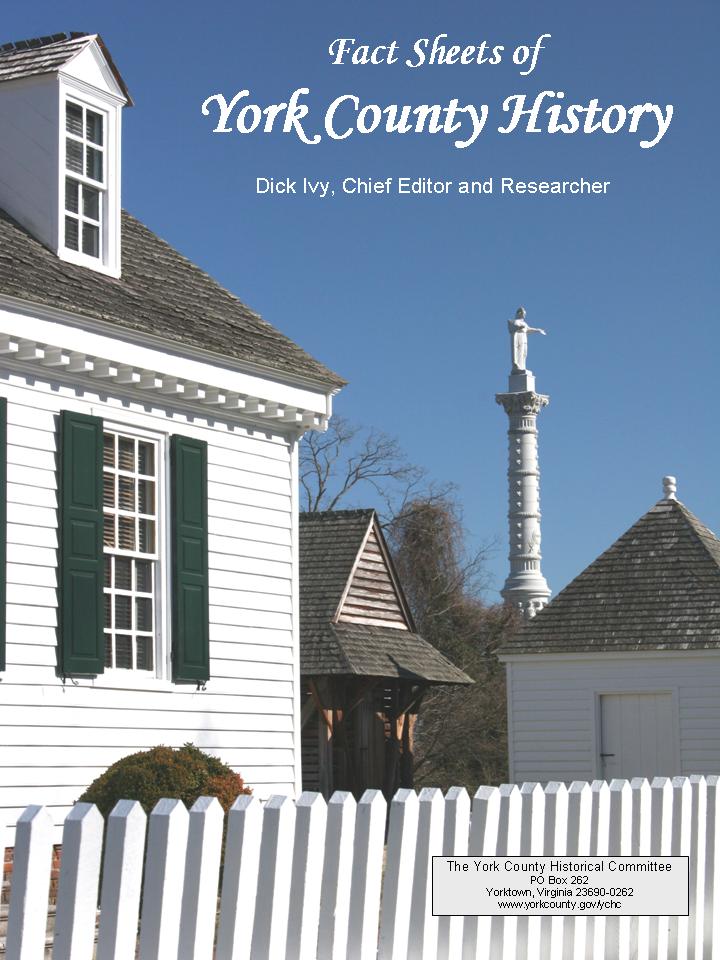 The Fact Sheets tell the story of over 400 years of York County History: from its early geological base, through the earliest settlements,  the Revolutionary War, the Civil War,  and the early 20th century.  Much of the information was taken from the original York County records which date back to the early 1600’s. 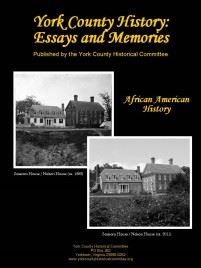 Essays and Memories tells the history of African Americans in York County beginning with the arrival of the first Africans in the early 17th century, and continuing through the Colonial Period, the Civil War Era and the Contrabands, to the 20th Century. Understanding the role played by African American people in York County helps to explain how our nation came to exist,  and who as a people we have now become.

The publications described above may be viewed at your public libraries in York County, and principal libraries in Newport News, Hampton, Williamsburg, and the Library of Virginia, Richmond. Fact Sheets may be purchased for $20 each at the Gallery at York Hall, 301 Main Street, Yorktown, or by contacting: