Why the WISE Wetland was Created

After choosing the location, the County purchased 2 parcels of land on November 20, 2001 located behind the park. A drainage study began in 2002 to ensure there was enough water for the project to be successful. Groundwater was monitored in various areas, and soil excavation showed that the bottom of the basin was covered with soil indicative of previous wetlands.

Over a 3 month period, community service workers from York County performed a major clean up of the newly-acquired land. Workers cleared nearly 100 33-gallon drums of garbage and recyclable materials including glass, tin, aluminum, and tires. Large amounts of brush were also removed.

Mid-Atlantic Realtors, a private partner, donated the kiosk, built the foundation trail, and constructed 2 bridges. The shorter loop of the trail was added by the County, completing the trail in the summer of 2006. 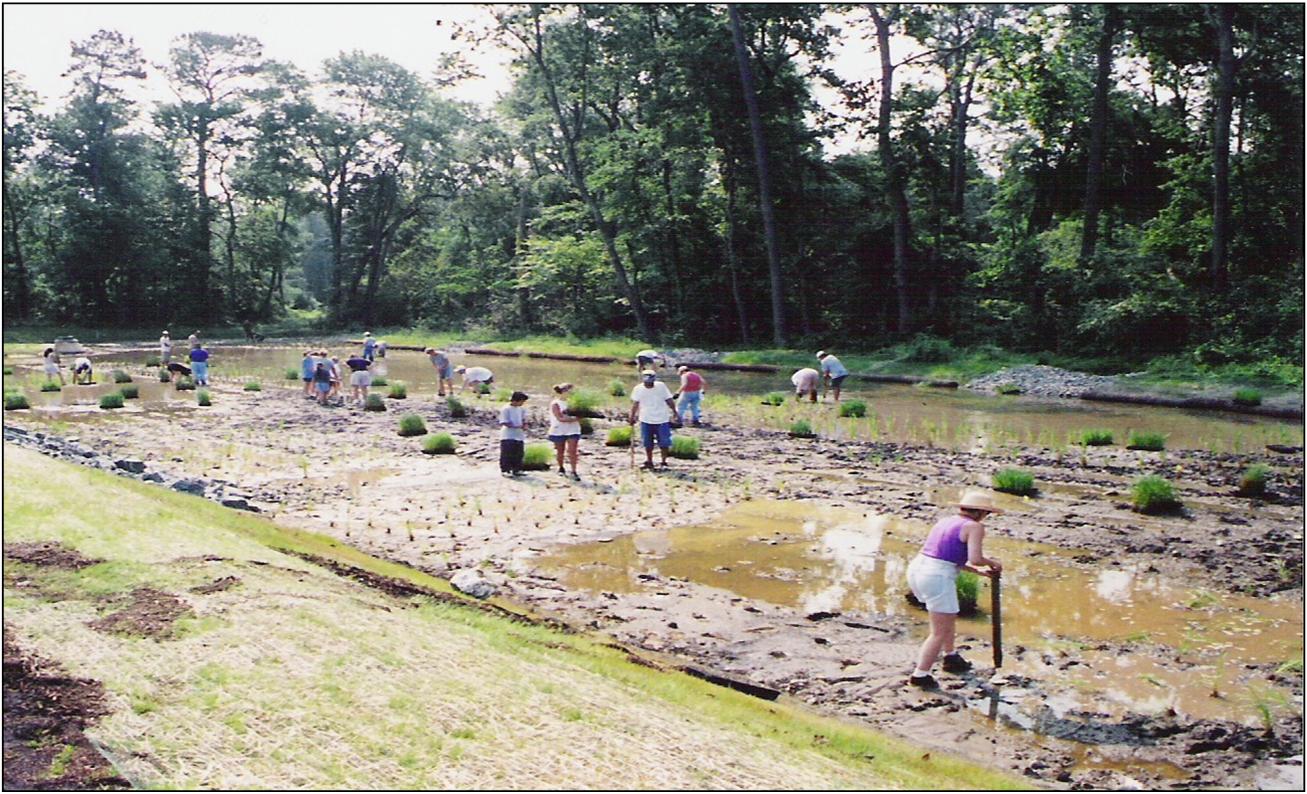