The American Library Association (ALA) Youth Media Awards honor children's and young adult authors and illustrators, as well as producers of children's audio and video materials. The titles honored serve as a guide for parents, teachers and others interested in providing children and teens the very best reading and viewing materials. A complete list of awards and award-winning titles is available from ALA. Several of the well-known awards are listed below. Titles available at your Library may be requested through the title link to library's catalog.

John Newbery Medal is given to the author of the most distinguished contribution to American literature for children: Newbery Honor Books

The Schneider Family Book Award honors an author or illustrator for a book that embodies an artistic expression of the disability experience for child and adolescent audiences: Schneider Family Honor Books

Odyssey Award is given to the producer of the best audiobook for children and/or young adults, available in English in the United States:
Odyssey Honor Audiobooks 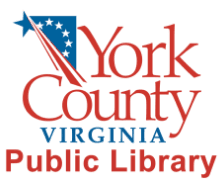