In this Together: Digital & Health Literacy with York County Public Library

The COVID-19 pandemic highlighted several deficits within the York County, VA community, specifically the lack of digital literacy among seniors ages 65+. As our communities shut down during the pandemic and began relying on virtual connections, many of our seniors were shut out from everyday resources due to the digital divide. Simple tasks, such as purchasing groceries and scheduling appointments to receive healthcare, suddenly became overwhelming obstacles in the form of online grocery ordering and virtual doctor’s appointments. It became obvious that digital literacy was no longer a luxury, but rather a necessity. The York County Public Library (YCPL) tackled these issues in two ways. First, through in-house technology workshops for seniors with greater mobility. The second, through digital literacy outreach targeting homebound seniors by providing mobile workshops at senior living facilities and community centers. Basic and intermediate classes are provided, covering a range of topics to include device basics, Zoom 101, texting, and accessing reliable health resources online, such as scheduling Telehealth and vaccination appointments. Following completion of our workshops, seniors will have improved digital literacy, increased comfort using their personal devices, and the knowledge to identify and utilize reliable online resources, ultimately leading to a healthier life. Read the full submission. 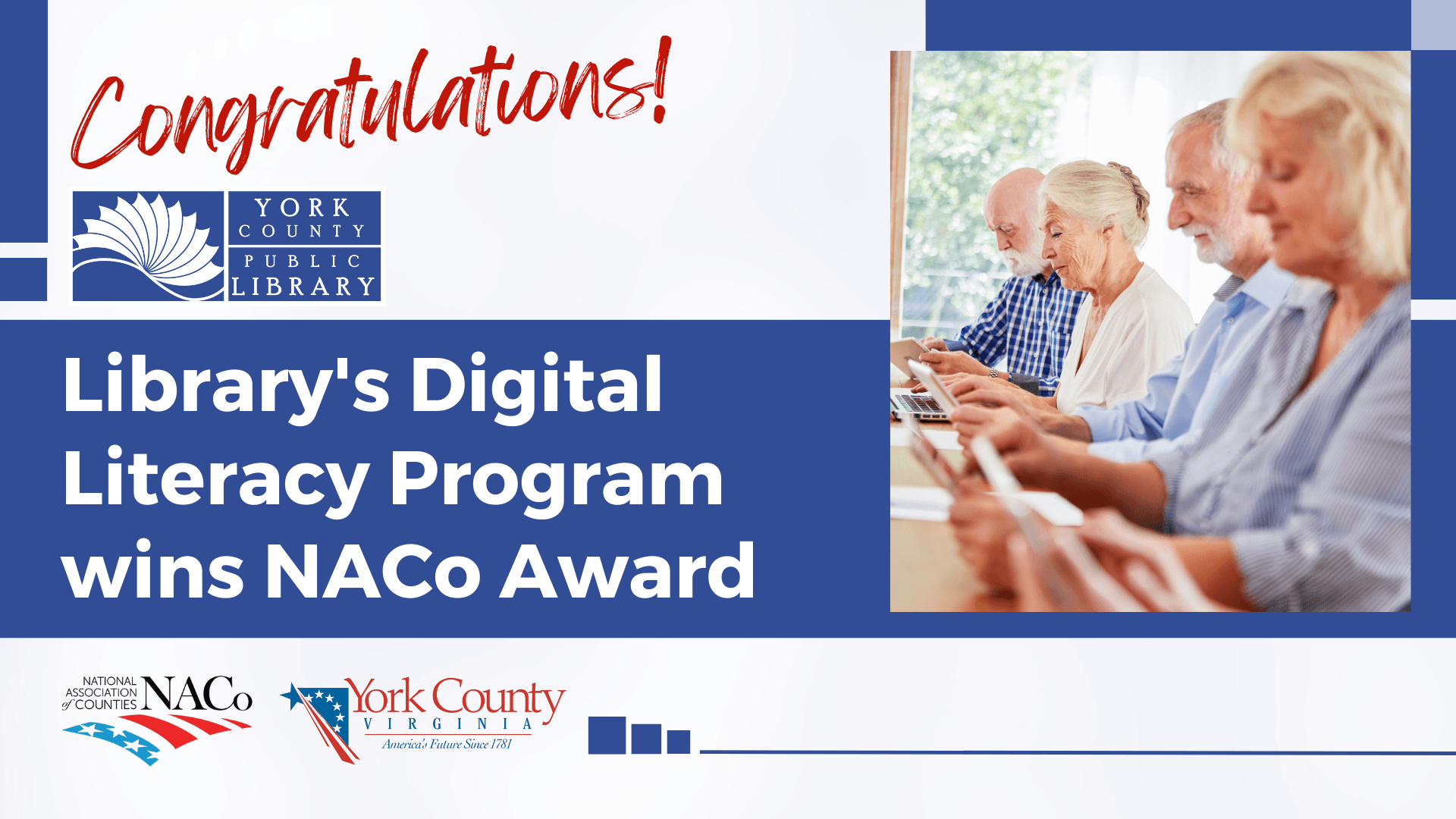 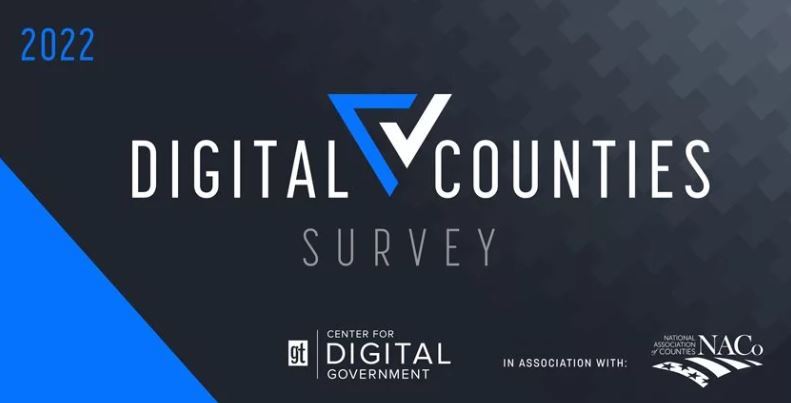 For the third consecutive year, the Center for Digital Government, which recognizes the best technology practices among U.S. counties, ranked York County 7th in the category of localities with a population up to 150,000.

One of York County’s most notable projects involved an initiative to expand fiber networks through the northern region of the county to boost economic development, incentivize competition among Internet service providers and expand Internet access to underserved areas. Another priority was to improve communication after the county outgrew its previous phone system. The county rolled out a new Cisco Unified Messaging system, which allowed for clear and stable phone communications, even over a remote connection to employees’ homes or cellphones.

In terms of cybersecurity and IT modernization, the county partnered with Assura to update its Cyber Incident Response Plan, which now has a “checklist-based response” for detection, analysis, containment, eradication, recovery and post-incident protocol. The county also implemented new software security measures, stricter account controls and increased password complexity.

To better connect with residents, county officials began holding virtual public meetings using a combination of Zoom and traditional broadcast equipment. IT and public affairs officials also jointly developed a new process to review public emails, which improved responsiveness. The county also now uses tools like Google Analytics to evaluate how residents interact with their website and how easy it is to navigate. 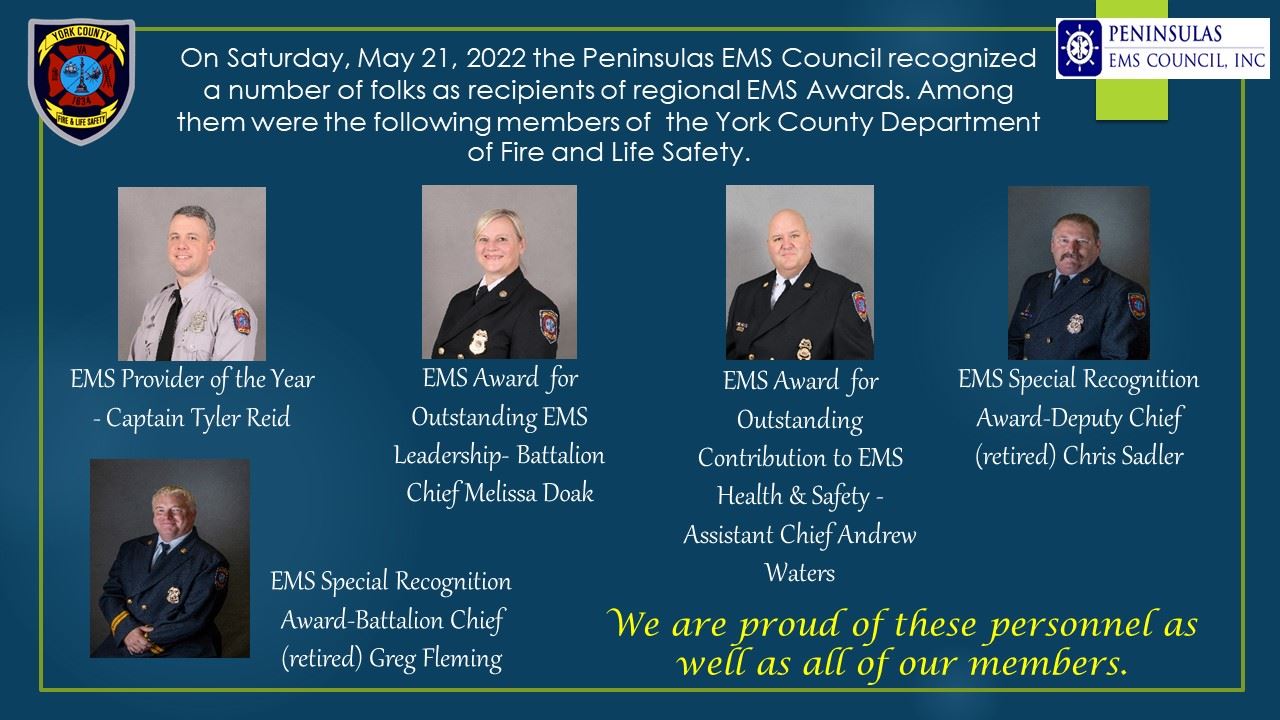 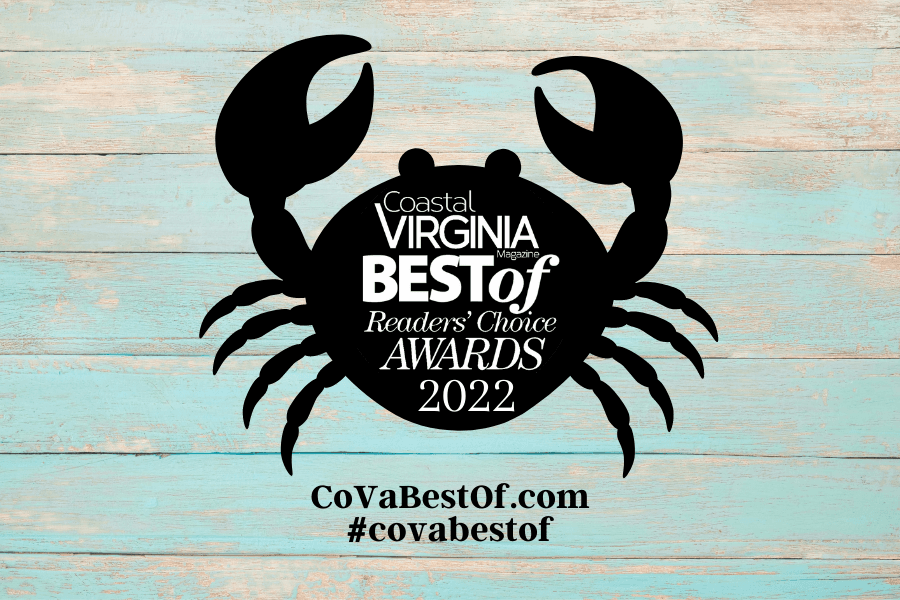 Civilian of the Year Award 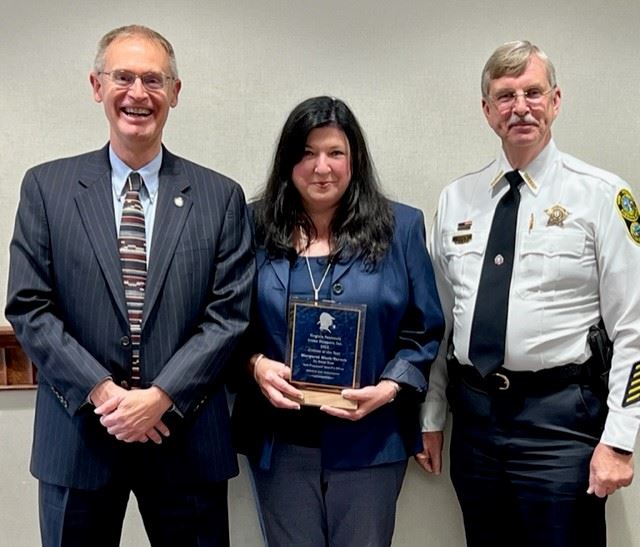 Margaret Mack-Yaroch was awarded the Civilian of the Year Award at the Salute to Law Enforcement ceremony.  Margaret has worked together with YPSO to create an environment that combines the strengths of both agencies to meet the common goal of serving and protecting the members of our communities while meeting each agency's individual needs.  This is credited to her unyielding desire to collaborate in order to meet the needs of the clients, the goals and requirements of Social Services, and to assist law enforcement. 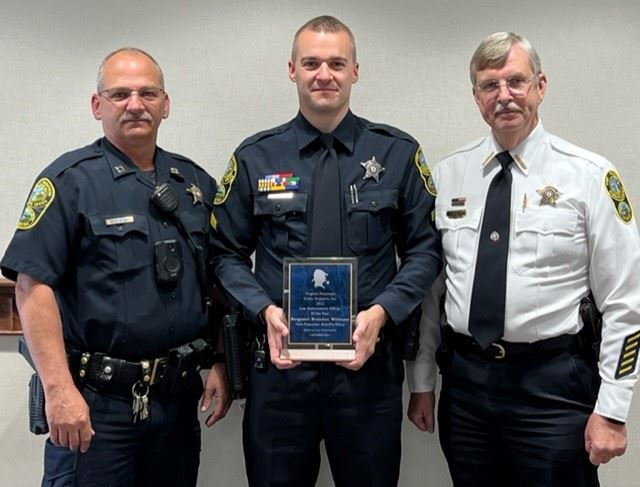 Sgt. Williams honored as Deputy of the Year

Sergeant Williams is a tremendous asset to the York-Poquoson Sheriff’s Office and the County of York.  Brandon’s service to York County has included working as a Deputy Sheriff in the Uniformed Patrol Division, as an Investigator with the Criminal Investigations Division, and now as a Uniformed Patrol Supervisor.

With all of the responsibilities incumbent upon a Patrol Sergeant, Brandon is always willing to take on or assist with new projects or ancillary duties.  In his 7-years with the YPSO, Brandon has been instrumental in many areas.  He took a leading role in the development and implementation of our transportation van.  He developed training and assisted in policy creation in order to put the program safely and effectively into service.  He spearheaded the development of our agency’s Critical Incident Stress Management Team.  The Development of this team included much in the way of training and employee development.  Brandon worked tirelessly to ensure that deputies in need of such a program, had it available to them with the assurance of confidentiality and candor.   His vision of this much-needed program will provide support and services to deputies now and in the future.

Brandon is a member of our agency’s ROVER and Bicycle Patrol Teams and is the DUI Task Force Grant Coordinator.  This last collateral duty requires that he monitor all grant funding through the VA DMV, all of the agency’s granted radars, preliminary breath test devices, and funding for deputies to conduct directed enforcement operations.

Brandon Williams always strives to do the best in every facet of his career.  He is kind, compassionate, an excellent employee, and an outstanding supervisor.  Brandon shows up every day ready to lead and is completely committed to the YPSO and the community.

York County Chamber of Commerce - Deputy of the Year Award 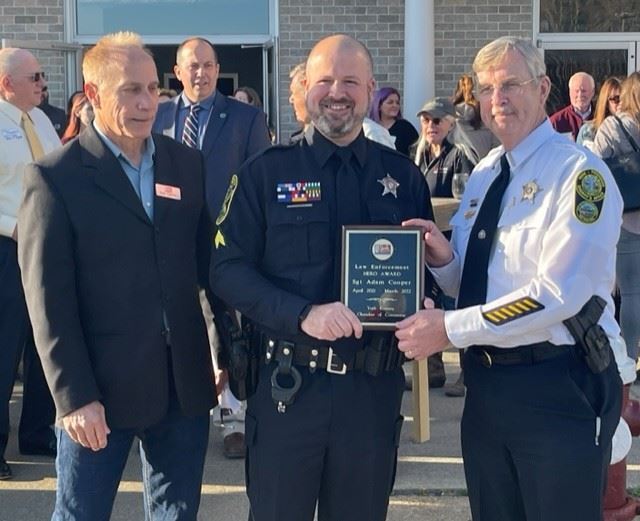 Sergeant Adam Cooper was honored on March 14, 2022  by the York County Chamber of Commerce, with their first ever, Deputy of the Year award for his contributions to the York County business community. Congratulations Sgt!

United Way of the Virginia Peninsula - Most Creative Campaign

Thanks to the fantastic United Way website and campaign materials by Jenn Conlee and JoAnn Mewborn, York County was awarded Most Creative Campaign by the United Way Virginia Peninsula at their 2022 Celebration May 18, at Busch Gardens. With a record number of payroll deduction donations, awesome department events, silent auction, mascot contest, and in-office promotions York County netted it's largest annual contribution ever- $32,000+. Your donations stay in this community and provide money to partner agencies that make sure it gets to those who need it most. 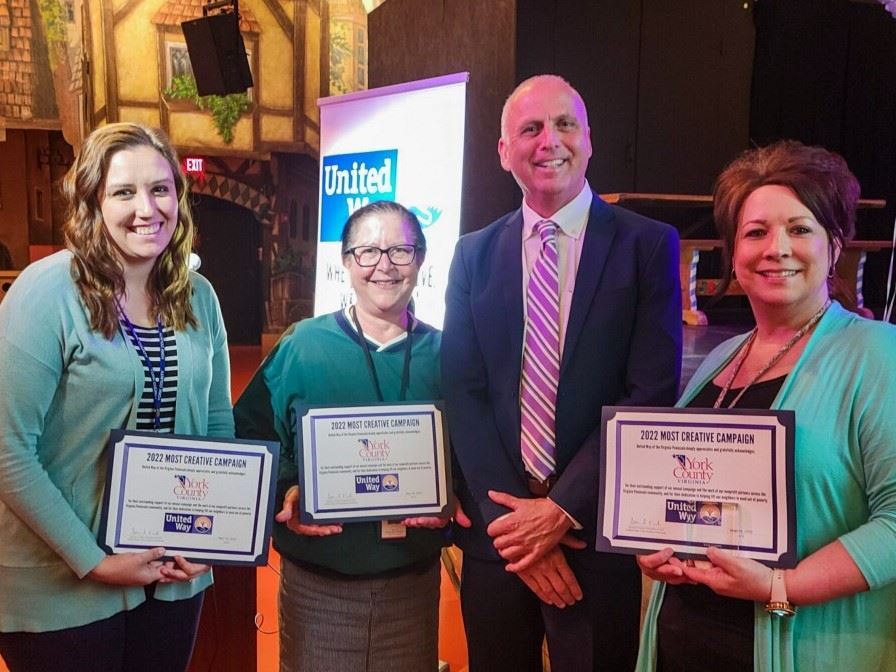